On the occasion of the 93rd anniversary of the establishment of the Vietnam Trade Union (July 28, 1929-July 28, 2022), at the end of July, Vikoda natural alkaline mineral water brand of Khanh Hoa Mineral Water Join Stock Company has accompanied and sponsored the Volleyball Tournament of the grassroots trade unions of the schools in Dien Khanh district, Khanh Hoa province.

The tournament was organized by the Dien Khanh District Labor Confederation for a period of 04 days (July 25-28, 2022), at 02 arenas at Phan Chu Trinh Secondary School and Tran Dai Nghia Secondary School. At the tournament, Vikoda Natural Alkaline Mineral Water brand accompanied 21 teams from 44 grassroots trade unions of the schools and was divided into 2 blocks, with nearly 300 amateur athletes who are union members, teachers and employees of schools in Dien Khanh district.

Pictures of competing teams participating in the competition 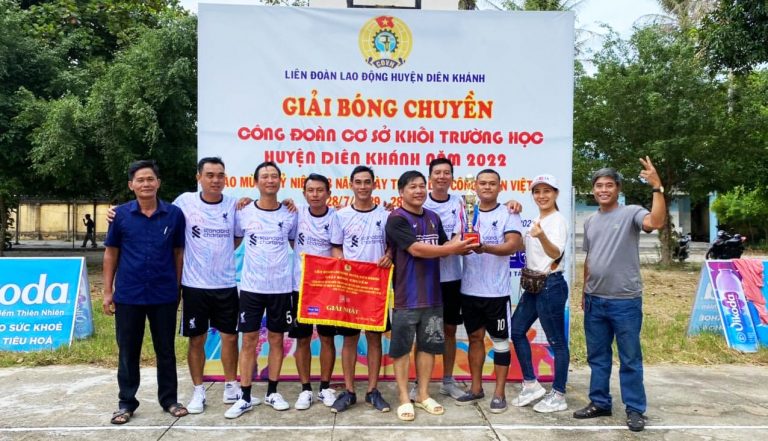 It is known that this is a cultural and sports activity of the trade union organized by a large number of union members and employees who actively participated in responding after a long time being affected by the Covid-19 pandemic. Through accompanying with the tournament, the natural alkaline mineral water brand wishes to contribute to creating a playground for officials and employees to exchange and compete, thereby contributing to promoting the sport movement of trade unions and building a healthy lifestyle locally, helping Vikoda natural alkaline mineral water brand to carry out the mission of improving and enhancing the health of Vietnamese people.

Vikoda natural mineral water is exploited from an extremely rare diamond water mine in Vietnam with perfect natural alkalinity of 9.0, helping consumers to protect their health, especially to prevent digestive diseases. Before that, Vikoda natural alkaline mineral water brand also regularly sponsored physical and sports activities in Khanh Hoa such as: Mini Football Award for City employees in Nha Trang city, VIKODA Cup cross country award, Olympic Running Day for the health of the whole people; contributing to the development of sport movement in the province. 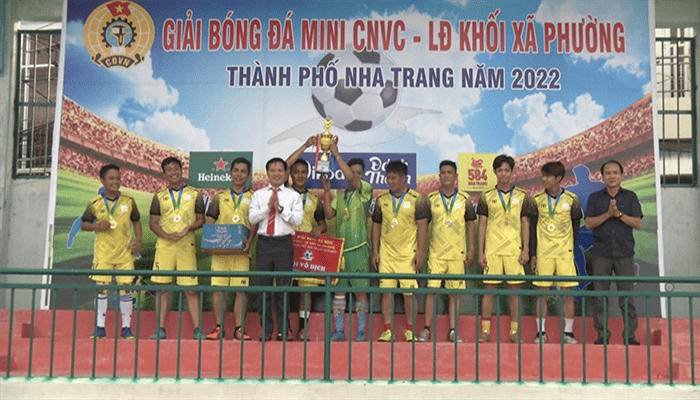 In the past May, in the spirit of encouraging the sport movement in Nha Trang city, Vikoda – the leading brand of natural mineral water in Vietnam with a healthy pH of 9.0 is the product of Khanh Hoa Mineral Water Joint Stock Company (Vikoda). With the spirit of always accompanying to bring health to Vietnamese people, Vikoda has sponsored sports movements in Nha Trang. In particular, there was a mini football tournament for employees in the last May. 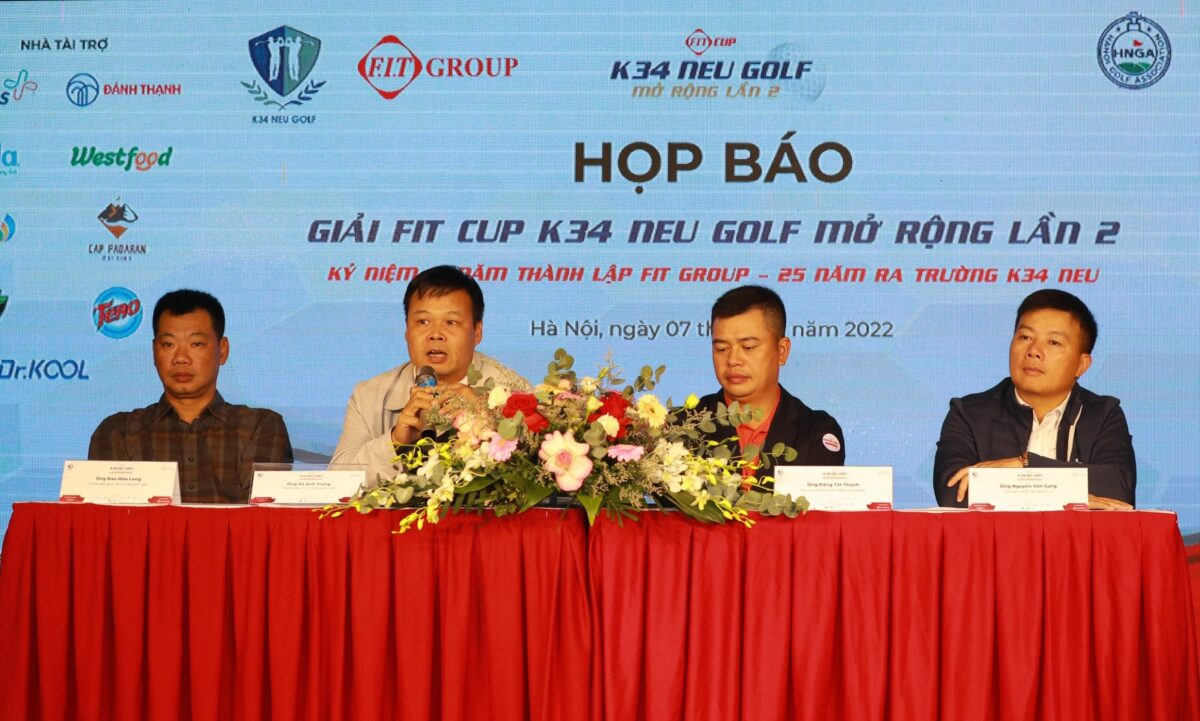 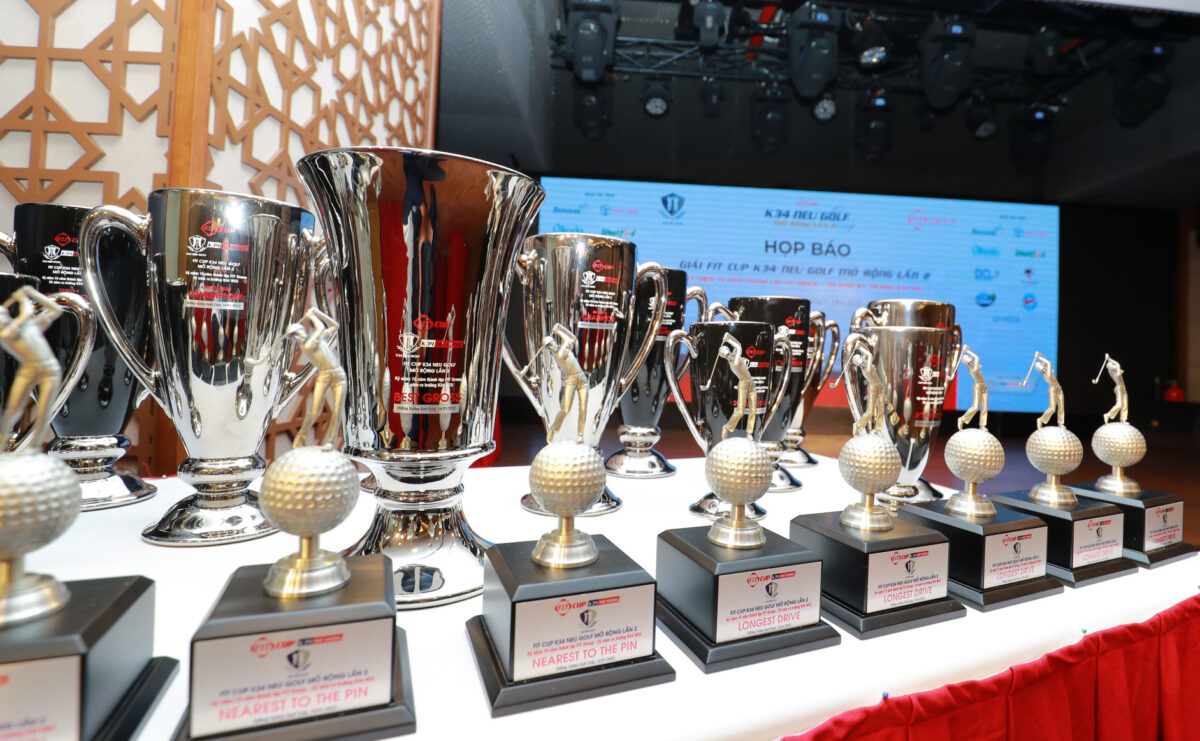 On the morning of January 7th, in Hanoi, the Board of Directors of K34 NEU GOLF Club, in collaboration with F.I.T Group under the auspices of Hanoi City Golf Association, held a press conference to announce the 2nd “FIT CUP- K34 NEU Golf Open” tournament.